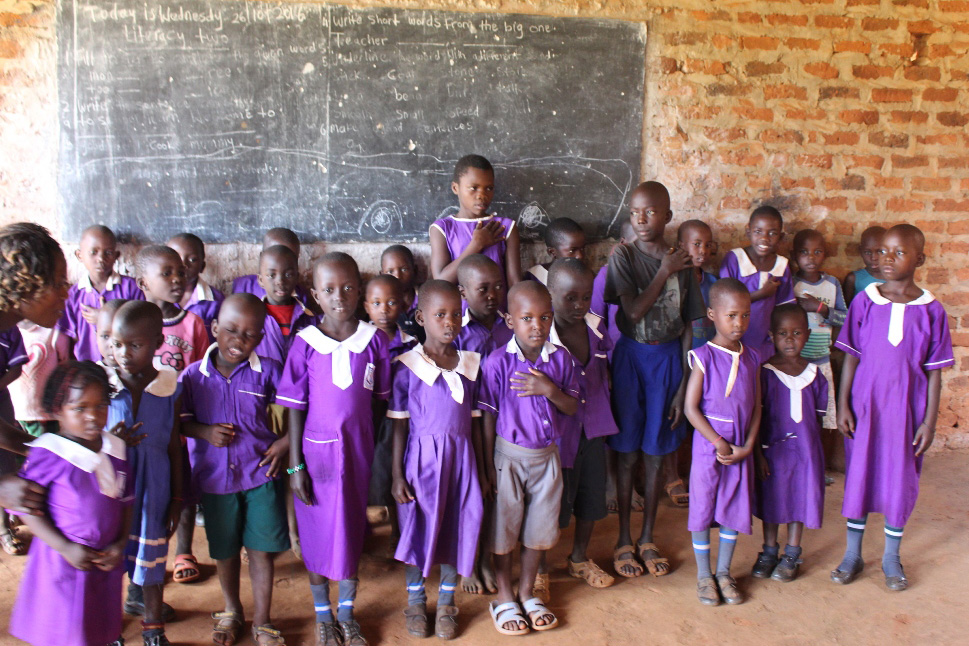 Kidcare set up this school initially by renting a building in the rural village of Buwenge, near Jinja in Uganda. The local church (True Vine Church, Buwenge) was encouraged in 2010 to use its hall space to cater for poor children as a nursery and children's centre.  It progressed from Nursery/ kindergarten to build classrooms each year as children moved on.

Kidcare has supported the school with gifts of books and furniture. We currently give financial support on a regular basis to support the salaries of the teaching staff and feeding of school lunch each day. In 2016 saw Kidcare in partnership with a UK church in London, bought the land and building situated on the land to host the school’s premises. A fence was also built round the property in 2016. In 2017, a team of 5 young men from the UK came to help in the construction of the school, by screening the floors.  Various other constructive works were done towards improving the school’s building in 2019, such as plastering the walls and improving the school’s building such as plastering , buidling doors and windows and the provision of electricity.

You can give to this Kidcare project today to help finish the building works such as painting of the walls, building of kitchen, playground facilities etc. through our link to the  PayPal Giving Fund  for our charity

KIDCARE International is a Christian charity founded in April 1999. We are a UK based charity registered (1118180) under the Charities Commission of England and Wales.

We are also a registered (5968235) not for profit private limited company. We work with partners and subsidiary branches in different nations.